Spoofing, Malware, Ransomware, Phishing, Brute Force, SQL Injection, DDoS Attack, and many other kinds of cyberattacks: in the health crisis the world is currently experiencing, IT security managers have also been on the front line. Indeed, the cyber criminals did not call a truce and have been targeting companies’ information systems. It seems that with Covid-19, companies that have not yielded to the economic crisis risk succumbing to computer attacks.

Numeryx aims to combat this scourge by offering cybersecurity solution managers a next-generation firewall applied to SD-WAN, SDN and 5G network security; this is the first European solution to provide significant added value in terms of performance, security and manageability. 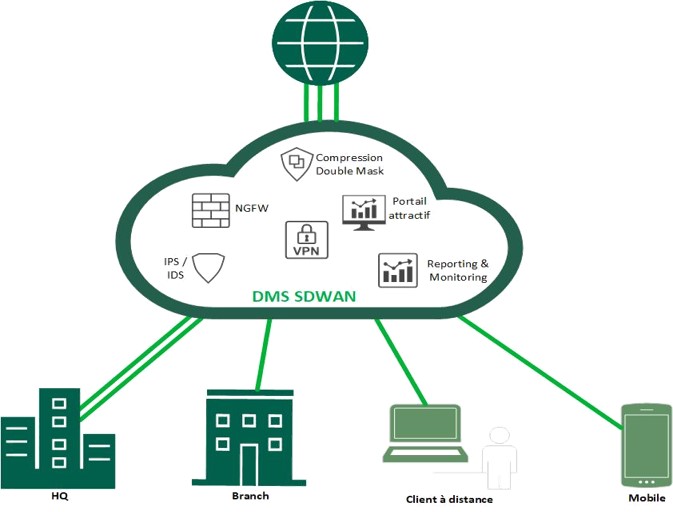 After extensive research, Numeryx Technologies' teams have come to the conclusion that there is no scientific or commercial solution in Europe to counter attacks on SD-WANs appropriately.

The DMS-SDWAN solution aims to solve the security issues of SD-WAN networks from a functional and operational point of view. We aim to overcome the limitations of current solutions by revolutionizing the way they work. Distributed Denial of Service (DDoS) attacks are the primary attacks on OpenFlow control protocol-based SDN and SD-WAN emerging network controllers, since they are more complicated to detect on virtualized WAN networks.

Through the Double Mask for SD-WAN (DMS-SDWAN) solution, Numeryx Technologies is offering a technological breakthrough in the field of cybersecurity, with numerous impacts. The objective is to offer a robust, optimized and interoperable next-generation firewall (NGFW). The solution is based on Double-Masked IP Filtering, a patented security technology, the result of a number of years of R&D with approval from the scientific community.

Numeryx Technologies offers a new NGFW to secure the SD-WAN networks, which are of the latest generation. The project has major technical advantages (with the patented Double-Masked IP Filter) and ergonomic advantages (with an improved user experience compared to the existing one). This B2B solution is unique in Europe and will change the way SD-WAN networks are secured. 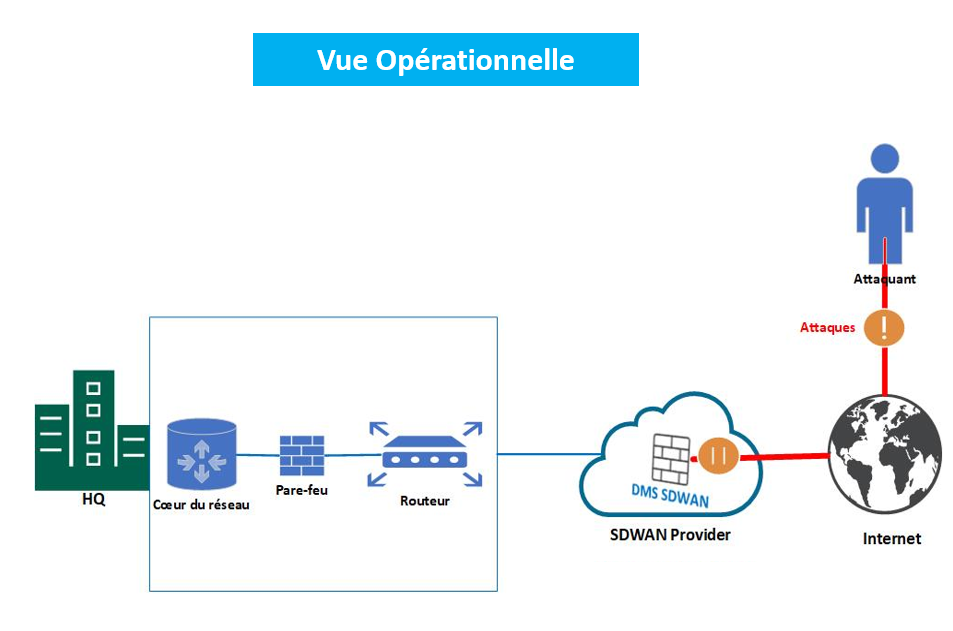 DMS-SDWAN: how does it work?

As a new generation firewall, the DMS-SDWAN solution will protect the client company from the risks of attack, by interposing itself between the client network and the Internet, regardless of the access method (from the company's offices, or through a remote client, even a mobile one).

The proposed solution is based on a new filtering method patented by Numeryx Technologies with the approval of the scientific community: Double-Masked IP Filtering. Thanks to its R&D work over a number of years, Numeryx has developed a solution for securing the SD-WAN network: a lightweight, high-performance solution protected by a patent filed in 2015.

The basic principle has also been approved by the scientific community at several international conferences, including the paper published in 2020 at the Third Conference on Innovation in clouds, the Internet and networks, as mentioned above.

This packet filtering method is based on a new representation of IP prefixes, associated with a linear transformation algorithm. It consists of building a minimized set of filtering rules. 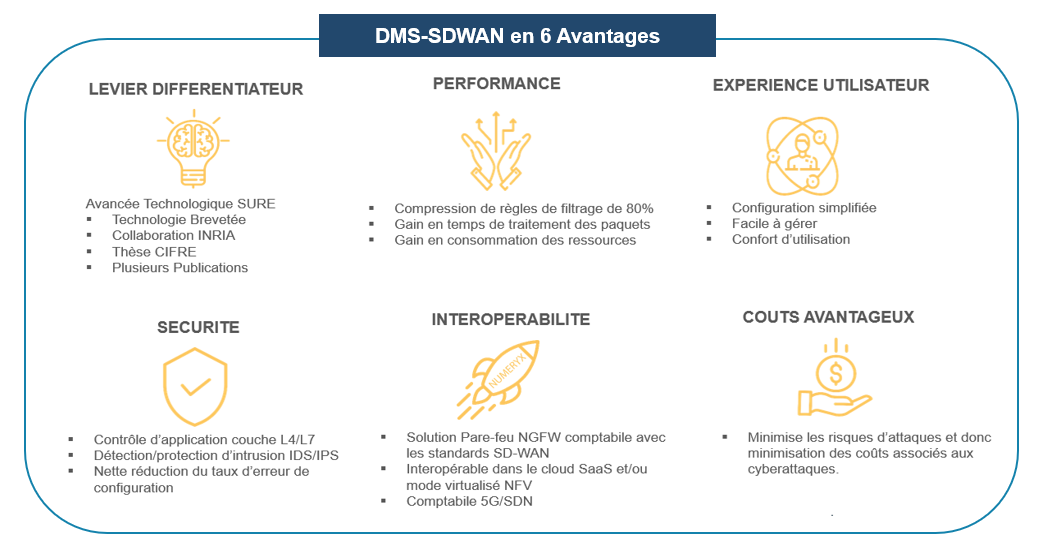 Benefits of the DMS-SDWAN project

It is a technological breakthrough in cybersecurity, offering the first next-generation firewall to a European market awaiting a solution: 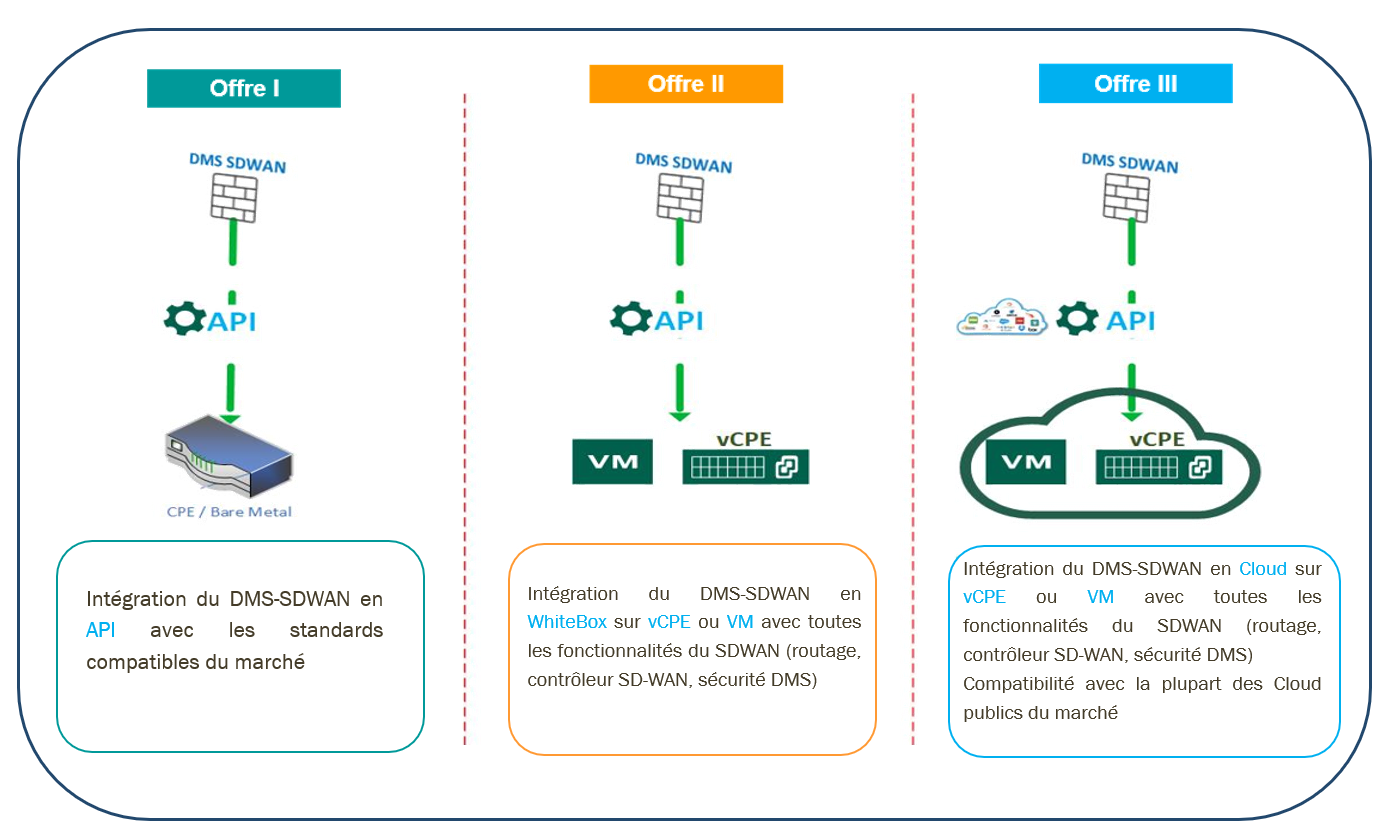 Focus of our offer

Numeryx Technologies intends to adopt a corporate sales strategy, offering its solution to the following actors:

We offer you an innovative solution, a next-generation firewall:

Do you need to know more about our innovative project? Are you looking for a partnership to adapt our solution to your company? Do not hesitate to contact us at ra.kallel@numeryx.fr 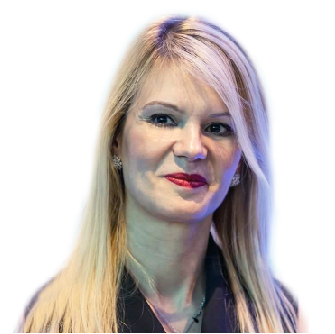